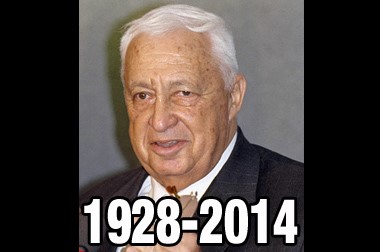 Their article contains the same inaccurate and bogus statements as do all of their previous articles on Ariel Sharon. I would like to highlight just one sentence from their article that contains two important factual errors. Here's the sentence:

"Israel’s own Kahan Commission found that Israel and Ariel Sharon were indirectly responsible for not anticipating the possibility of Phalangist violence." (emphasis in original)

"We have found, as has been detailed in this report, that the Minister of Defense bears personal responsibility. In our opinion, it is fitting that the Minister of Defense draw the appropriate personal conclusions arising out of the defects revealed with regard to the manner in which he discharged the duties of his office - and if necessary, that the Prime Minister consider whether he should exercise his authority under Section 21-A(a) of the Basic Law: the Government, according to which "the Prime Minister may, after informing the Cabinet of his intention to do so, remove a minister from office."

The second error is with the statement "for not anticipating the possibility of Phalangist violence".

The Kahan commission's report didn't blame Sharon for of any lack of foresight, but because he knew about the near certainty of a massacre and simply ignored it. They wrote that "it is impossible to justify the Minister of Defense's disregard of the danger of a massacre" and also that "concrete danger of acts of slaughter ... should have been in the consciousness of every knowledgeable person who was close to this subject, and certainly in the consciousness of the Defense Minister".